Stories Inspire Us To Action

Stories Inspire Us To Action 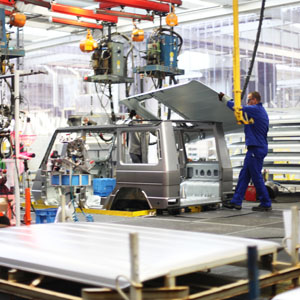 Author Tom Asacker in his book, The Business of Belief, says, “We become the stories we tell ourselves.” This was never truer than when Chris Kogler and his team were inspired to use a story to win a contract they had no logical right winning.

In the mid-1990’s while he was Creative Director at the design firm, 13 Creative, one of Chris’s Senior Producers, Mara, received a call inquiring whether they would like to bid on an important film project – a 20 minute film for General Motor’s Board of Directors. The project was being initiated by an architectural think tank working on GM’s new world facilities plan.

The team quickly realized they would be bidding against some of the largest production firms in New York City. Logic told them they were outgunned in terms of resources. Logic also told the team they should probably let this one go.

But both Chris and Mara insisted, “If we don’t attempt to win this contract, we’ll never know if were good enough!” Throughout the entire process, they believed that with the right preparation and the right story, they could win this one. So the team accepted the challenge and went to work.

The day arrived for all the firms to present their concepts and each firm was given just 30 minutes. As Chris and Mara entered the building, they were greeted by a group of six individuals exiting. They represented one of the best production companies in the city.

Undaunted, they proceeded into the elegant conference room and their presentation was flawless. Although they didn’t know it at the time, the story they presented was unique and contained all the major elements that the clients were looking for to move GM’s Board of Directors to action. Not only did 13 Creative receive the contract to make the film, they also received numerous kudos for their tremendous work.

Tom Asacker has uncovered a powerful concept: “We become the stories we tell ourselves.” Leading with stories has a tremendous influence on our employees and our customers. More importantly, stories inspire all of us to action.