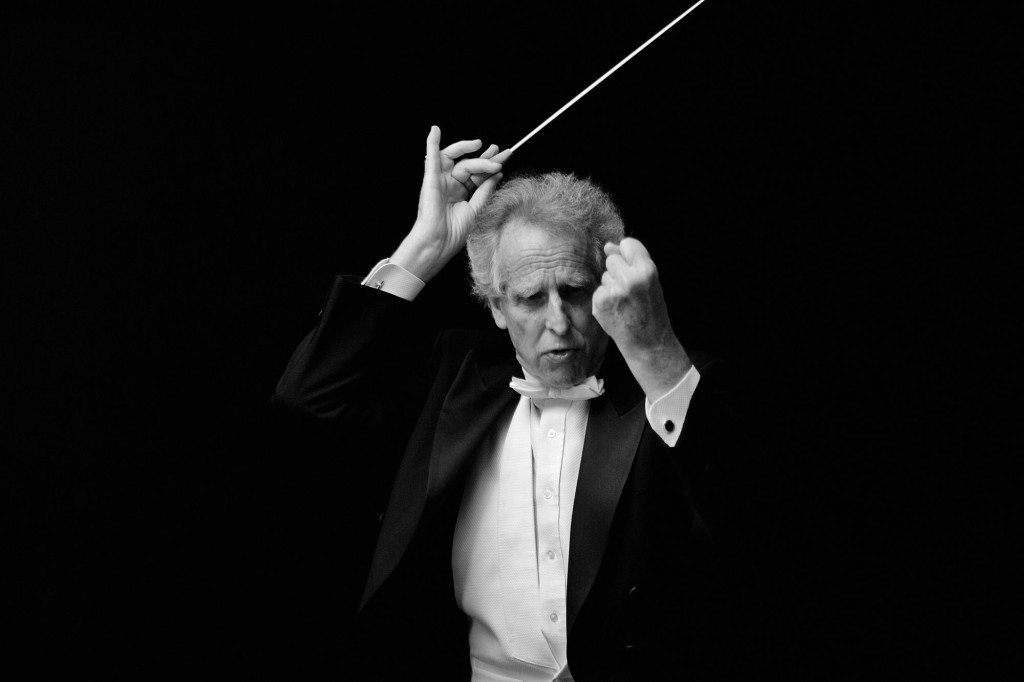 My wife, Kate, and I were in Boston, Massachusetts recently visiting our son Sebastian, who’s now attending university there. Sebastian has chosen a path a bit less traveled than others and is a French horn performance major. Although he’s been in Boston just a few months, he was invited to join the Boston Philharmonic Youth Orchestra. They’re an amazing group of young people who are privileged to work with an even more amazing conductor, Maestro Benjamin Zander.

Maestro Zander’s career is truly remarkable. He is the conductor of both The Boston Philharmonic Orchestra and the Boston Philharmonic Youth Orchestra; he’s also been a guest conductor around the world. He’s a sought-after public speaker who presented a Keynote address at the World Economic Forum in Davos and has received numerous accolades for his humanitarian work. With his partner, Rosamund Zander, he collaborated on their best-selling book, “The Art of Possibility”.  And, as we discovered, he’s an amazingly approachable human being.

On the Saturday we were visiting, we attended a 4 hour afternoon rehearsal with Maestro Zander and the full Youth Orchestra at the Benjamin Franklin Institute of Technology as they prepared for their upcoming concert at Boston’s Symphony Hall.  Sitting there, watching Maestro Zander work with 100 young, talented people, I was amazed at the way he conducted his business.

He worked with each separate section of the orchestra with passion, joy and a level of energy I simply don’t see that often. Each section of the orchestra received individual instruction. He was complimentary when instructing, direct and respectful when critiquing and taught by telling stories. He was able to focus on the details of each section without losing sight of the holistic nature of the group. Finally, in a manner that appeared effortless, he brought everyone together to produce an amazing sound that no one part could produce on its own. Different sections harmonized wonderfully.

What leadership is all about – passion, teaching and storytelling

I realized while watching Maestro Zander that he was modeling the best of what leadership is all about – infusing one’s work with passion, teaching and storytelling; driving the group’s success forward by his own clarity of purpose and enthusiasm for excellence and, he was having fun doing it!

In his very popular TED talk, Zander explains his process and defines success most eloquently. “I had an amazing experience, I was 45 years old, I’d been conducting for 20 years and I suddenly had a realization – the conductor of an orchestra doesn’t make a sound! My picture appears on the front of the CD, but the conductor doesn’t make the sound, he depends for his power on his ability to make other people powerful.”

‘Who are we being as we go back out into the world?’

“And, you know, I have a definition of success. For me, it’s very simple. It’s not about wealth and fame and power, it’s about how many shining eyes I have around me.”

If you haven’t seen Benjamin Zander’s TED Talk, it’s well worth it – fun, insightful and inspiring. Today, more than ever, we need leaders who, as the conductors of their companies, can lead with passion and clarity of purpose as Maestro Zander does.

So let me ask you, how many shining eyes do you see around you?

About Christopher Kogler
Covering the great breadth of the USA, Chris is based on the East Coast and brings his Emmy award winning film and television experience to help leaders find and tell their stories. Contact Chris: chris@narrativeiq.com  tel.: 908. 334. 8263