3D Printing Saves A Little Girl From Years Of Suffering

3D Printing Saves A Little Girl From Years Of Suffering 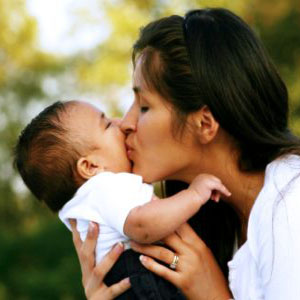 Occasionally, a business story resonates deeply with me and renews my belief that we’re here to help others as we journey through this world. This is one of those stories.

In April 2014, I attended the first 3D Printing Conference + Expo that was held at the Javits Center in New York City. The conference had some pretty amazing keynote speakers but, the one person who stood out and literally had me enchanted with his keynote speech was Avi Reichental, the President and CEO of 3D Systems.

3D Systems is over 30 years old and one of the oldest 3D printing firms in the world. In early April 2014 they acquired Medical Modeling, Inc. With this acquisition, 3D Systems created the first integrated 3D modeling-to-3D printing capability for personalized surgical and medical devices.

How the use of 3D printing averted years of suffering

And, the experience Avi Reichental shared and the role his company’s newly integrated capability played in saving a little girl from years of suffering is both inspiring and remarkable.

A little girl by the name of Jayla Vargas was born with a jaw no larger than a normal adult’s thumb. In fact, her jaw was so small it prevented her from breathing or swallowing properly because it pushed her tongue against her throat. Traditionally, a tube is inserted in the baby’s throat and typically remains in place for up to six years until the child is big enough for reconstructive surgery to reshape her jaw.

However, her surgeon, Dr. Oren Tepper, MD, of the Montefiore Medical Center in New York City had a very different idea. In a complex case like Jayla’s there is no road map for the surgery especially when the child is just 1 month old. But, working with Medical Modeling, Inc. and 3D Systems, Dr. Tepper was able to first create a digital model of the patient directly from an MRI scan and then virtually plan and physically practice the proposed reconstructive surgery on a 3D printed model. This allowed him to create a road map for the surgery and identify any potential problems and correct them before Jayla’s physical surgery occurred.

In addition to practicing the surgery, Dr. Tepper also worked with the 3DS’ Medical Modeling experts to create a detailed surgical plan and custom surgical guides specifically for Jayla. In a feat that blended incredible skill and powerful technology, he was able to flawlessly perform something akin to a modern medical miracle. Working with the new virtual modeling and 3D printing tools, he successfully performed this complex surgery that in years past would have been impossible to execute especially in a patient so young.

The outcome
He not only successfully corrected Jayla’s jaw when she was just one month old, but he spared her 6 long years of pain and suffering since she no longer needed the surgically created opening in her windpipe in order to breathe properly!

Today, her mother, Diana, says, “She’s into everything and is a normal little girl”. This is just one example of new technology creating amazing changes in peoples’ lives. I know there are many other examples out there. If you have a remarkable story of a company or individual changing peoples’ lives for the better, please let me know; I’d love to hear it and share it.